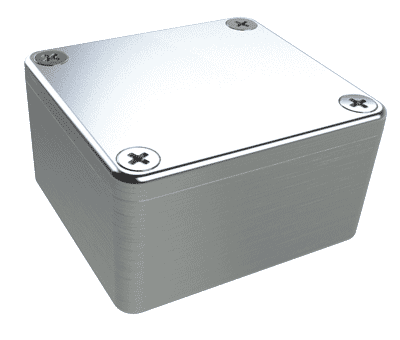 NEMA 6 enclosures and boxes are an ideal solution for waterproof electronic and electrical applications. NEMA Type 6 requirements guarantee that electrical enclosures are suitable for general outdoor use, as well as in a variety of environments where equipment is exposed to harsh elements or encounters temporary submersion in water at a limited depth. Available in aluminum or polycarbonate plastic, NEMA 6 enclosures come in a variety of styles, including hinged, pole-mount, and wall-mount to serve virtually any industry.

NEMA 6 enclosures are a standard choice for a variety of highly demanding applications where environmental factors like hose-directed water, falling dirt, windblown dust and submersion are in play. They’re widely used as junction boxes and control panel enclosures in industrial applications, particularly when sensitive automation systems or hazardous parts are in play that need maximum protection from the ingress of water and dirt. However, NEMA 6 is also a popular enclosure type for applications like scientific instruments and devices in water treatment facilities, all of which can be subject to occasional temporary submersion.

To create the most versatile enclosure solutions for our customers, we also design our NEMA 6 enclosures to comply with other important NEMA ratings and provide additional degrees of protection from common hazards. Other important ratings to look for on NEMA enclosures include:

Not sure which ratings your enclosure application might require? Learn more about these ratings in our guide to NEMA standards.

Every NEMA 6 enclosure from Polycase is also designed for easy customization. Polycase’s one-stop enclosure customization services include fast and flexible options for custom cutouts on your electrical enclosure, as well as crisp, full-color digital printing directly onto the enclosure. Get an instant quote on your customized enclosures today.

From simple cutouts to threaded or counterbored holes, we can machine virtually any size or shape opening.
Learn More

Skip the label with our vibrant, full-color graphics printed right onto your enclosure.
Learn More

Enhance your product. Impress your customers.