At first glance, electrical enclosures may not seem all that important. However, these carefully engineered boxes play a vital role in protecting electronics in industries such as telecommunications, IT systems, utilities and the Internet of Things (IoT), among many others.

With our technology growing at such a fast pace, innovative electrical enclosures are more important than ever. Choosing the right electrical enclosure type can save not only lives, but billions of dollars in equipment and operating costs. After all, the elaborate networks of electrical conductors, connectors, receptacles and devices that make up today’s electrical systems require protection from the many environmental conditions that can harm them — and it’s the responsibility of device designers and electricians to select and use the correct electrical enclosures to protect them.

Which electrical enclosures are we referring to, exactly? In this post, we’ll discuss eight different types of electrical boxes that are commonly used in today’s high-tech world.

When discussing the different “types” of electrical enclosures, most people are referring to the enclosure ratings as defined by the National Electrical Manufacturers Association (NEMA). 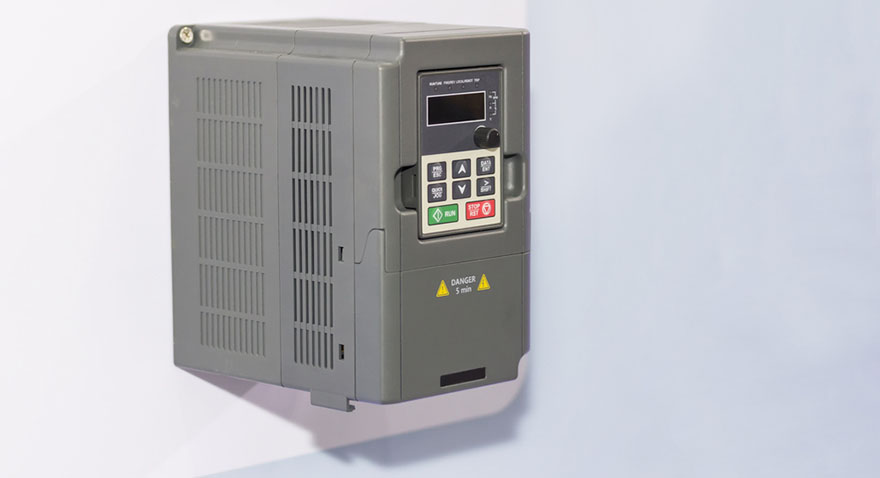 NEMA is the organization which defines the North American standards for electrical enclosures, which are referred to as the NEMA rating system. To improve the safety and reliability of their products, most manufacturers in the United States design their enclosures to meet these standards.

For example, a utility company housing their sensitive electrical equipment outdoors in a coastal environment may choose a NEMA 4X enclosure to protect against the weather, as well as corrosion caused by salt spray.

Below, we’ll discuss the most popular NEMA rated electrical enclosure types and the critical role they play to ensure product function and safety. 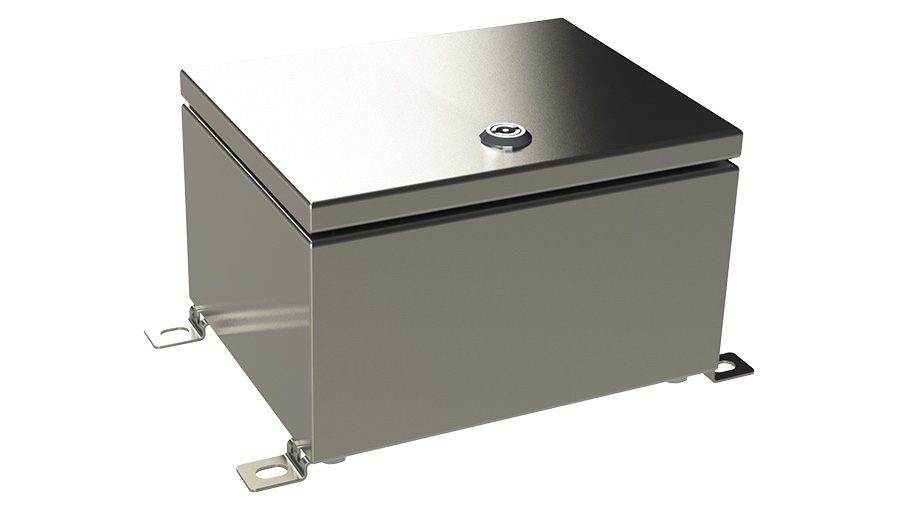 NEMA Type 1 enclosures are designed for indoor purposes and offer the most basic level of protection of all NEMA rated enclosures. These enclosures offer a degree of protection against light dust, dirt and accidental contact with electrical equipment.

Despite their limited protection, NEMA 1 enclosures are commonly used in a variety of industries to house indoor electrical equipment, such as variable-frequency drives installed in standard indoor locations.

When installed in non-hazardous environments, NEMA Type 1 enclosures are a cost-effective solution to protect valuable electronics and prevent public access to dangerous electrical equipment. Still, those who are concerned about excess moisture in the atmosphere may want to consider a NEMA 2 enclosure which offers an additional layer of protection against light drops of water.

Another thing to keep in mind is the heat generated by the electrical equipment. In data centers and IT networking equipment, overheating caused by a high internal heat load can result in damaged electrical components and operational failure.

To prevent this type of disaster, design engineers often rely on venting accessories to allow for the passage of air through the enclosure. Additionally, manufacturers, such as Polycase, can make custom cutouts in their enclosures using CNC machining services to allow for dissipation of heat. 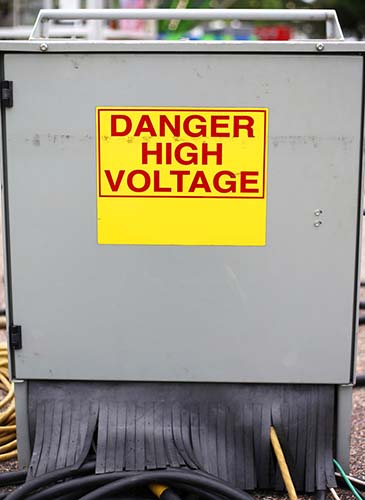 NEMA 3 enclosures are designed for both indoor and outdoor use. However, they are mostly used as outdoor electrical enclosures.

This is because NEMA 3 enclosures provide protection against falling dirt, rain, snow, sleet and external ice formation. While they may not be suitable for extreme weather conditions, these enclosures can function as outdoor electrical junction boxes to protect electrical wiring connections and cables.

Because Type 3 enclosures have the lowest rating for outdoor electrical enclosures, it’s important that engineers consider the exact location and material of their enclosure. For example, ABS plastic enclosures are known to warp in direct sunlight and can put electrical equipment at risk, so they’re thus recommended only for indoor use.

Polycarbonate enclosures are durable, cost-effective and UV-resistant. These qualities make them a much safer choice for outdoor environments in both commercial and industrial applications.

The difference between a NEMA 3R weatherproof enclosure and a NEMA 4 waterproof enclosure is significant. Unlike Type 3 and 3R, NEMA Type 4 enclosures offer a degree of protection against splashing and hose-directed water.

Another key difference between the two electrical enclosure types is the enclosure’s protective seal. Gaskets on a NEMA 4 enclosure ensure a watertight seal to prevent ingress of water.

In an era of constant connectivity, the need for electromagnetic (EMI) and radio frequency interference (RFI) shielding has steadily increased. With all the signals beaming in the air at one time, it’s important for design engineers to ensure their own device doesn’t cause interference, or get interfered with.

EMI/RFI shielded enclosures are widely used in the telecommunications industry. NEMA 4 aluminum enclosures offer a natural level of protection against interference and have vast benefits beyond EMI/RFI shielding. Read our guide to EMI shielding to learn more.

NEMA 4X offers the same level of protection as NEMA 4, but with greater protection against corrosion. As such, these weatherproof electrical boxes are often found in applications with excessive moisture, intense water spray and corrosive chemicals.

Corrosion is a common problem in electrical systems where excess moisture is present. NEMA 4X enclosures are watertight and can prevent condensation from damaging sensitive electrical components. 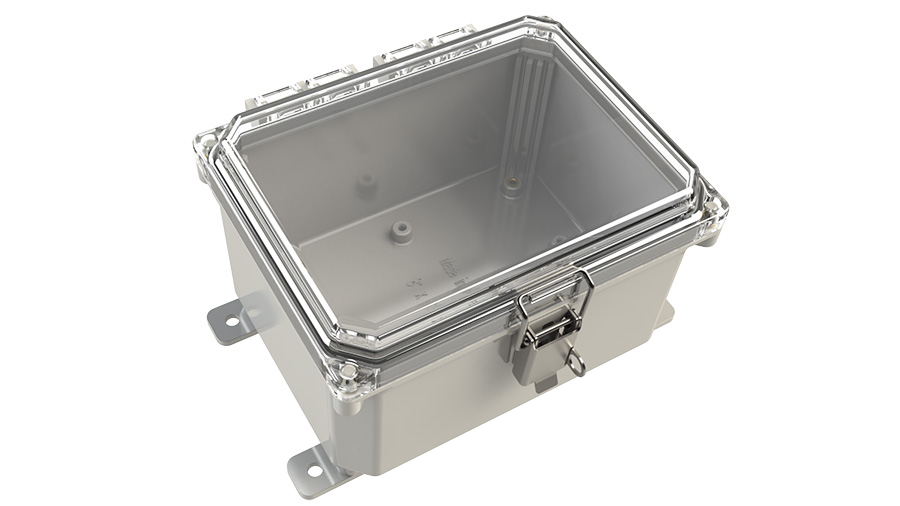 In some applications, it may be necessary to install wiring connectors, cables or conduits onsite. In such applications, enclosures with knockouts are key to providing onsite flexibility.

The Polycase SK Series plastic enclosures with knockouts make onsite cabling and wiring simple. The knockouts are easy to remove and require no additional equipment.

When electrical technicians need to make modifications onsite, electrical enclosures with knockouts can help save time and money. And with a NEMA 4X rating, these outdoor electrical boxes are engineered to protect against harsh weather conditions, including potential corrosion.

Designed for both indoor and outdoor use, NEMA 6 enclosures are used in applications in which occasional temporary submersion in water may be likely. These weatherproof boxes are found in a wide range of applications, including electric vehicles and maritime transportation. 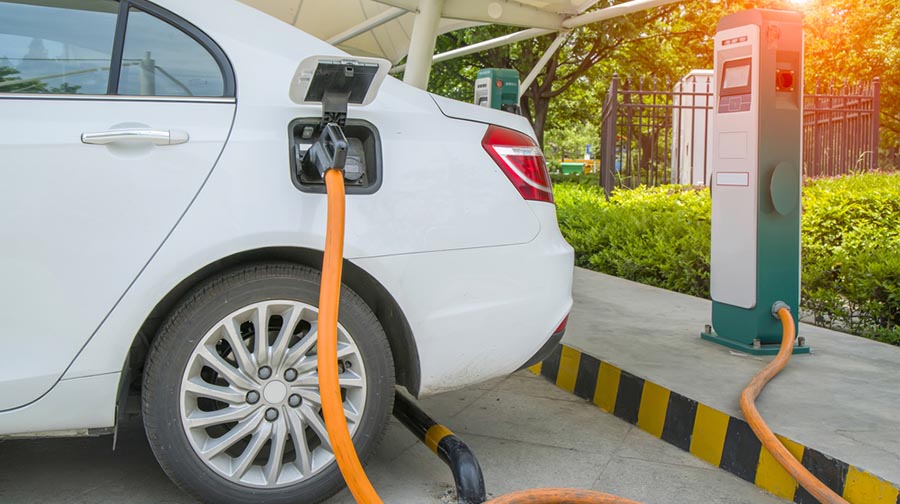 With a NEMA 6 enclosure, design engineers have little to worry about. In addition to providing protection for accidental contact with electrical equipment, NEMA 6 enclosures offer protection against wet environments, falling dirt, external formation of ice and ingress of water when temporarily submerged.

NEMA 6P enclosures offer the same level of protection as NEMA 6 enclosures, but allow for prolonged submersion in water (hence, the “P” in 6P). It also adds another layer of protection against corrosion.

NEMA 6P enclosures are among the most durable electrical enclosure types on the market today. With their ability to withstand extreme environments, Type 6P waterproof enclosures are often used to house electrical instruments and devices in underground mines and remote caves.

They’re also used to protect electrical devices in offshore environments, which can be highly corrosive. Chemical cleaners can also cause corrosion, making NEMA 6P enclosures necessary for the safe protection of electrical equipment. 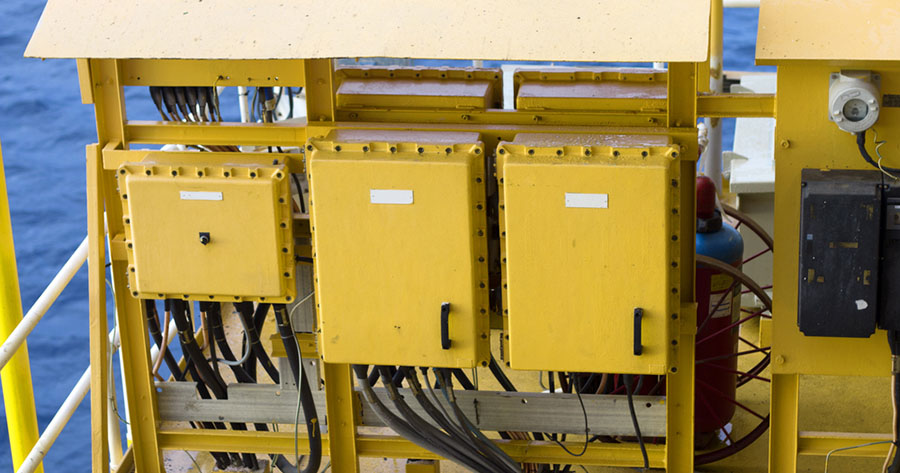 Aluminum is a commonly used material for NEMA 6P enclosures due to its many attractive qualities. The world's most abundant metal — aluminum — is lightweight, rugged and corrosion-resistant.

Because of their corrosion resistance, aluminum and polycarbonate enclosures are often preferable to stainless steel enclosures, which are easily damaged by corrosion, in marine environments. This is because salt spray is highly corrosive and can pose a serious threat to electrical equipment.

NEMA Type 7 enclosures are built for indoor hazardous locations classified as Class 1, Division 1, Groups A, B, C or D, which are defined in NFPA 70. These hazardous classifications include atmospheres containing inflammable gases in the air which may cause internal explosions.

Explosion-proof enclosures, such as NEMA 7 enclosures, are designed to contain explosions without causing external damage. Explosions are not uncommon in chemical plants and oil and gas facilities.

NEMA 7 enclosures are typically made with diecast aluminum or stainless steel. While they aren’t as common as NEMA 4X enclosures, they are becoming more popular with the rise of the Internet of Things (IoT).

With IoT systems being placed in hazardous environments (oilfields, warehouses, etc.), NEMA 7 enclosures are being used to protect equipment from dust, dirt, water and potential explosions caused by combustible gases.

As you probably know, dust isn’t good for electrical equipment. When other materials get mixed into the dust, it can make dust combustible and prone to explosion. NEMA 12 enclosures are designed to protect against the ingress of dust and dirt to keep electrical equipment, such as automation equipment, running smoothly. They also protect against ingress from dripping and splashing water.

NEMA 12 enclosures are generally used in machining, manufacturing and industrial applications. They often have gasketed seals to prevent dust, fibers and water from entering. 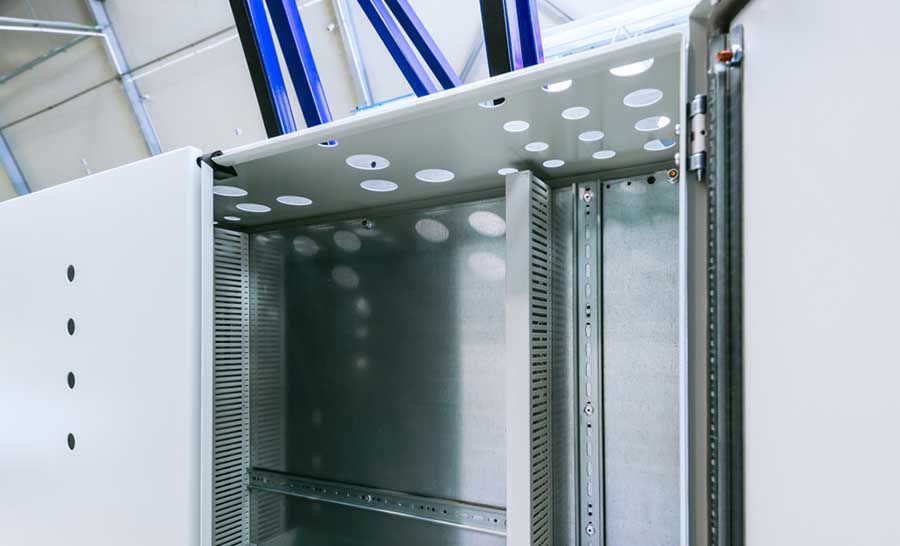 In addition to NEMA ratings, electrical housings also come in different materials which can significantly impact their function and performance. The following are some of the most common base materials used to manufacture enclosures:

Polycarbonate plastic enclosures are generally less expensive than metal enclosures and have excellent impact resistance. Polycarbonate is also incredibly versatile and suitable for a wide range of indoor and outdoor applications. It’s a favorable alternative to other non-metallic enclosure materials like PVC due to its balance of cost and durability.

Because of their relatively low cost, polycarbonate enclosures are commonly used in desktop electronics and electrical instruments associated with the IT industry. They’re also a common choice for electrical applications that use non-metallic cable, although it’s possible to use them with metallic cable as well so long as a properly installed ground wire is present.

Acrylonitrile butadiene styrene (ABS) is another popular material for indoor plastic electrical boxes. ABS is typically one of the most affordable enclosure material options, and even if it doesn’t offer the same durability that polycarbonate does, it’s still a durable material with excellent resistance to impacts and heat. Thus, it’s one of the most popular types of electrical boxes for indoor applications that require basic protection.

Aluminum enclosures are more expensive compared to plastic enclosures. However, they offer some key benefits of their own.

Aluminum is extremely durable, suitable for both indoor and outdoor boxes, and able to withstand high temperatures. Additionally, aluminum alloys are highly resistant to corrosion and offer natural EMI/RFI shielding to prevent interference. Metal enclosure materials like aluminum are also important for applications that use metal conduit or metal sheathed cable, since a metal enclosure is usually needed to ground the conduit.

Need a Surface Mount Electrical Box? We Have Those, Too! 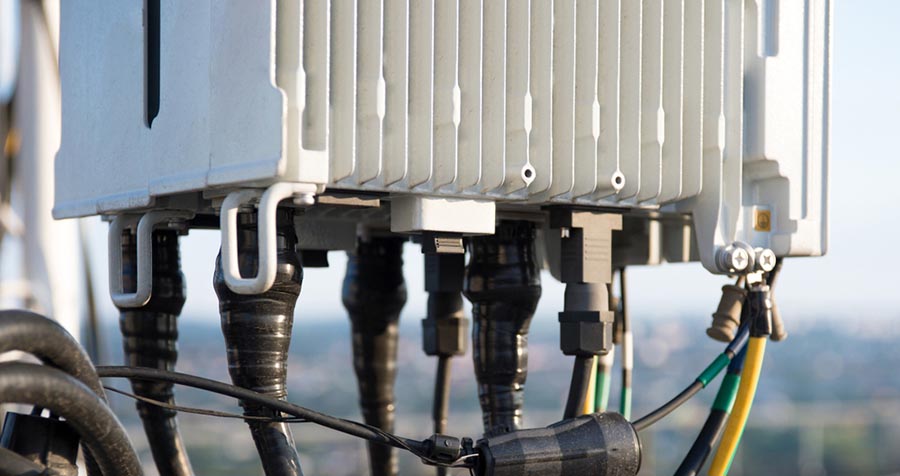 Like most enclosure materials, there are advantages and disadvantages to stainless steel enclosures. Although stainless steel is fire-resistant and functions well in wet environments, it is a heavy material generally more expensive compared to other enclosure materials. However, its extreme durability and attractive appearance continue to make it a popular material for metal boxes and, like aluminum, it can provide grounding for metal conduit and metal sheathed cable.

Carbon steel enclosures are strong and cost-effective. However, they are highly susceptible to corrosion and shouldn’t be used in coastal regions where salt in the air can easily wear down the enclosure, unless they have a protective powder coating applied.

With the rise of technological advances, we’re starting to place electrical equipment in a variety of nontraditional environments. To ensure proper protection of electrical components, choosing the right electrical enclosure for the application at hand is critical.

At Polycase, we offer a vast range of electrical enclosure types engineered to meet the needs of virtually any application. From waterproof enclosures in polycarbonate plastic to diecast aluminum enclosures with NEMA 4X ratings, we have the ideal enclosure solution for both indoor and outdoor environments. Our enclosures are UL Listed for dependable performance, and we offer fast and easy customization options for creating custom cutouts and printing on many of our enclosure models.

Explore Polycase’s full selection of NEMA enclosures here to see everything we have to offer. Need assistance? Call us at 1-800-248-1233 or reach out online. Our friendly staff is always happy to help!