How to Prevent Condensation in Enclosures 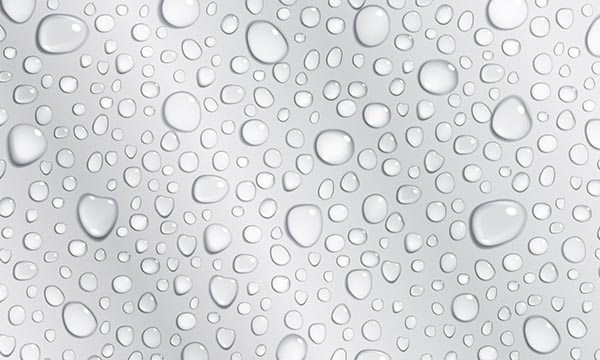 If you’ve ever seen dew on the grass in the morning, you’ve seen a phenomenon called condensation. And while it might be picturesque on someone’s lawn, that same phenomenon can wreak havoc on electrical and electronic equipment, even when they’re inside an enclosure.

Choosing the right enclosure for an electrical or electronic device means accounting for all of the environmental hazards that the device might face. Condensation is one that should never be overlooked since it can allow moisture into an enclosure.

How does the process of condensation work, and what can be done to keep out condensation in an electronics enclosure? We’ll cover these topics in today’s post.

How does condensation work? It all comes back to what’s called phase change: the transition of matter between different states such as liquid and gas. In many environments, particularly outdoor ones, water vapor (a gas) is suspended in the air. This is the phenomenon we know as humidity.

Warm air can accommodate a lot of water vapor, which is part of why humidity is often higher in the summer. However, when the air cools, water begins to condense or return to its liquid state. (This condensation is part of the phenomenon that causes all precipitation such as rain and snow.) If humid air comes into contact with an object with a temperature at or below the dew point, water will begin to condense on the object. Electronics enclosures, particularly ones in an outdoor environment, often fit the bill.

How Condensation Can Harm Electrical and Electronic Equipment

Condensation can act as a back door for moisture in an otherwise-dry enclosure. It’s the stealthy invader that strikes where you might not expect it, and it can create big problems for the electronics inside the enclosures.

Outdoor enclosures can be some of the most vulnerable to condensation, since they’re often installed in environments that have high ambient humidity levels. If an enclosure isn’t protected from moisture ingress, condensation can accumulate on the components inside the enclosure. In sub-freezing conditions, water that condenses and then freezes becomes frost, which can potentially do even more damage to sensitive device components.

Condensation can cause all kinds of damage to electrical and electronic components, as well as enclosures themselves. Some of the potential hazards associated with condensation inside enclosures include:

All in all, it’s clear that preventing condensation in enclosures will be essential for many enclosure buyers. The next question: How can that be achieved?

How to Prevent Condensation in Enclosures

Device designers and engineers have developed a toolbox of equipment and techniques for preventing condensation in enclosures. Here are some of the most important and commonly used:

By staying aware of the dangers that condensation poses and taking steps to mitigate them, you can help make sure that your devices are protected. More questions about how to prevent condensation in enclosures? Our enclosure experts would love to hear from you. Just call us at 1-800-248-1233 or contact us online for a free quote.