Many different performance specs have to be taken into account when shopping for an electrical or electronics enclosure. Size, water resistance, dust resistance, electrical conductivity, rust resistance and more can all be crucial, depending on the application. With so many factors to keep track of, it’s useful to have a shorthand that allows easy comparison between different models on the specs that matter most.

IP ratings and NEMA enclosure ratings address that need by providing two different scales for rating the protective qualities of enclosures. Both of these rating systems take many of the key environmental resistance specs of electronics enclosures and consolidate them into ratings designed to be useful to electronics enclosure buyers. But what’s the difference between these two rating systems, and can one be converted into the other?

Polycase’s customers use NEMA ratings and IP ratings every day to select the right metal enclosure or plastic enclosure for their needs. For those wondering about the difference between NEMA ratings and IP ratings, or for anyone seeking a better understanding of how these important systems work, we’ve assembled this guide. You’ll learn about the similarities and differences between the NEMA and IP systems, find out how and when to convert them and see a quick example of how to do it yourself.

Why It’s Important to Understand NEMA and IP Ratings

NEMA and IP ratings are among the most important tools for ensuring that an enclosure provides the right protection for a device. Each rating system uses numbers (and letters, in the case of the NEMA system) to provide a set of standards for evaluating an enclosure’s protective qualities.

The reason it’s so important to understand these ratings in detail is that they can make all the difference in finding the right electrical or electronics enclosure. Many of Polycase’s customers use our enclosures for costly and mission-critical equipment, often in production runs of thousands or tens of thousands of units. That means that there’s very little room for error in finding an enclosure that offers the right protection, as even a small vulnerability to water or dust can potentially wreak havoc in thousands of devices.

Thus, a solid understanding of NEMA and IP ratings is critically important. Polycase offers a complete selection of NEMA rated enclosures and IP rated enclosures, with our ratings tested and confirmed by rigorous verification processes. Once you understand these ratings, you can make them work for you.

What’s the Difference Between IP and NEMA Ratings?

It’s useful to have a basic outline of the differences between IP and NEMA ratings so you can keep them in mind while researching what you need from your enclosure. So, how are the two systems alike and different?

IP ratings are part of the International Electrical Code (IEC). Specifically, they’re defined by the IEC 60529 standard, which gives a detailed description of the requirements that a device enclosure must meet for each IP rating. IP ratings are used all over the world, including in European and Asian markets. Thus, IP ratings are often particularly important for our customers who do business in the international market. 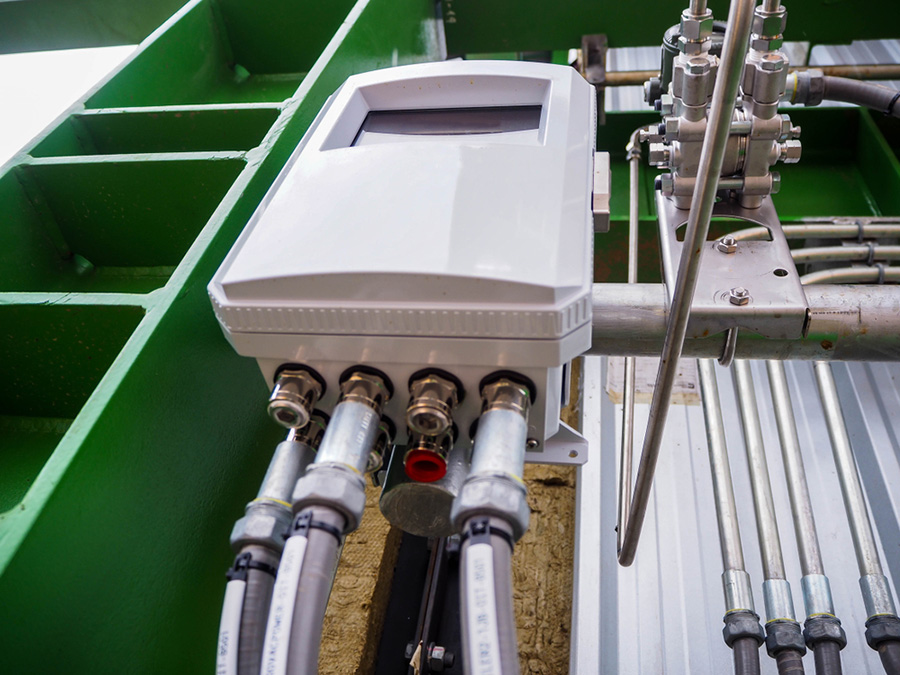 Polycase offers our customers great resources for learning about IP ratings and NEMA ratings. Check out our articles–What Are IP Ratings? and The Ultimate Guide to NEMA Ratings–for a deep dive into each topic. Once you understand the rating systems, it’s time to look at how to convert them.

So, can IP ratings and NEMA ratings be converted back and forth from each other? In many cases, yes, but there are important caveats to know about.

Since the IP system covers fewer environmental hazards than the NEMA system, IP ratings can usually be roughly converted into NEMA ratings. However, the reverse isn’t always true: Some NEMA ratings, such as NEMA 4X, have no equivalent on the IP scale (since IP ratings don’t consider corrosion resistance).

How does the conversion process work? It’s simple once you understand how to do it. All IP ratings have a NEMA rating that’s closely equivalent. For quick reference, use this IP to NEMA conversion chart: 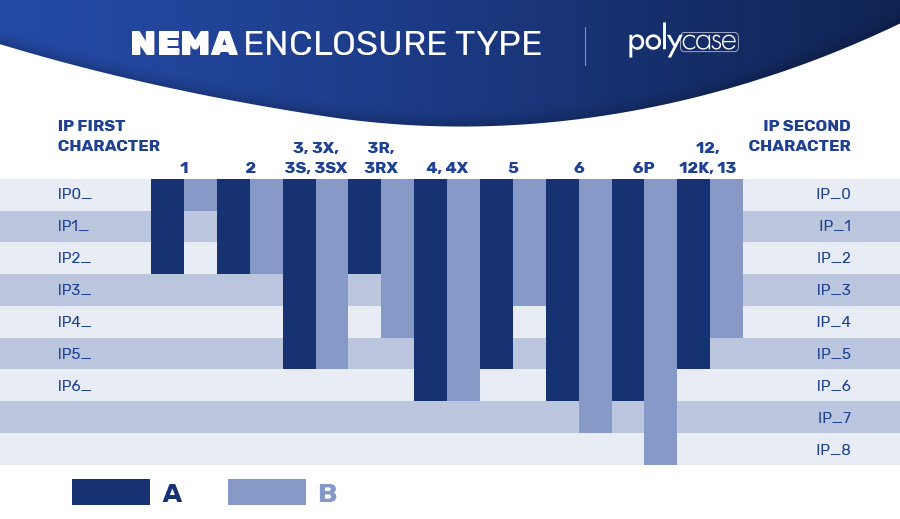 First, find the IP rating you need and then take the first digit and see which NEMA ratings are filled in for column A. Then, do the same with the second digit in column B. A NEMA rating that’s filled in for both columns for your target IP rating will likely provide satisfactory performance.

Thus, it’s important to use IP ratings only as they were designed: to rate protection against dust ingress and liquid ingress. For enclosures that need to protect against additional factors, know that only an enclosure’s NEMA rating provides the necessary information. On top of that, there’s one more key step to getting a reliable NEMA enclosure or IP enclosure: making sure that its rating has been certified by an independent authority. 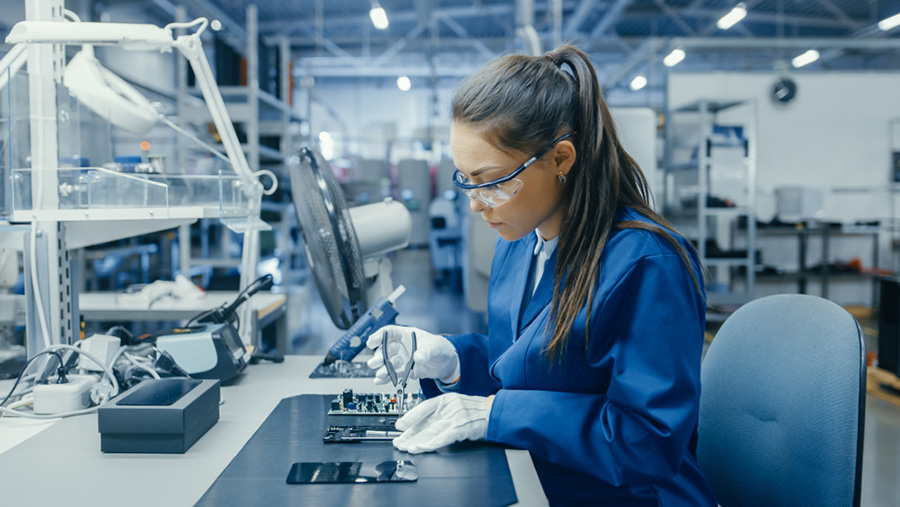 Both NEMA ratings and IP ratings are voluntary and self-certified systems. That means that no government or industry authority regulates them and that manufacturers can claim any rating they want for their enclosure without testing it.

That’s why it’s important to be selective with enclosure manufacturers and to look for the right qualifications. The most important qualification is testing from Underwriters Laboratories (UL), an independent industry authority that performs scientific testing on a wide variety of goods to ensure that they meet the quality standards that they advertise.

Polycase makes sure that our customers don’t have to take our word for it when it comes to enclosure ratings. Our NEMA and IP rated enclosures are certified via UL testing. The enclosure models you see in our catalog have actually been subjected to everything they’re rated for–from submersion to corrosion to windblown dust–so they carry UL certifications to give our customers the utmost confidence in our quality.

An IP to NEMA Conversion Example

Now that we’ve had a broad overview of the NEMA and IP systems, let’s look at an example of how to convert an IP rating to a NEMA rating. An electronics designer is looking for an enclosure with a dustproof IP rating. She looks at an IP ratings chart and sees that IP ratings with a number 6 as the first digit mean that the enclosure provides complete protection against dust ingress.

Using that standard, she sees that several types of IP enclosure ratings may suit her needs, including an IP65 enclosure, an IP66 rated enclosure, an IP67 enclosure or an IP68 enclosure. Which one she should choose will depend on how much liquid ingress protection her enclosure will need.

At that point, she’ll look at the second number on the IP chart and decide which level of liquid protection her device needs. Once she’s determined both digits of her target IP rating, she can start looking for enclosures with that rating. If her device will be used in a mostly dry environment, she might only need the limited liquid ingress protection of an IP65 enclosure. For devices that need more advanced liquid protection, she might need to choose an IP67 enclosure or IP68 enclosure.

However, the product the designer is working on will be used primarily within the United States. That means she also needs to determine what NEMA rating the enclosure for her device will need. Using the IP to NEMA conversion chart, the designer can determine the rough equivalent NEMA rating of the IP rating that she chose.

Bearing in mind that NEMA and IP ratings aren’t a perfect correlation, she uses the conversion chart to find a NEMA rating that matches the specs of the IP rating that she needs. If she’s chosen an IP65 enclosure, she’ll find that a NEMA 4 enclosure or NEMA 4X enclosure will be suitable. On the other hand, if she needs an IP67 enclosure, she’ll have to go all the way up to a NEMA 6 enclosure.

Finally, the designer wants to ensure that the electrical enclosure she selects has an IP or NEMA rating that’s backed up by independent testing, so she looks for an enclosure that’s UL certified for these ratings. She finds the UL file number on her enclosure of choice and uses the UL Product iQ tool to look it up. Finding that UL has verified the manufacturer’s credentials, she’s confident in her purchase.

Do you have more questions on converting IP ratings and NEMA ratings, or need some help designing a customized electrical enclosure? Need information on our NEMA rated enclosures and IP rated enclosures? Our enclosure experts would love to hear from you, so just call 1-800-248-1233 or contact us online via email or live chat.