What Is a Programmable Logic Controller (PLC)? 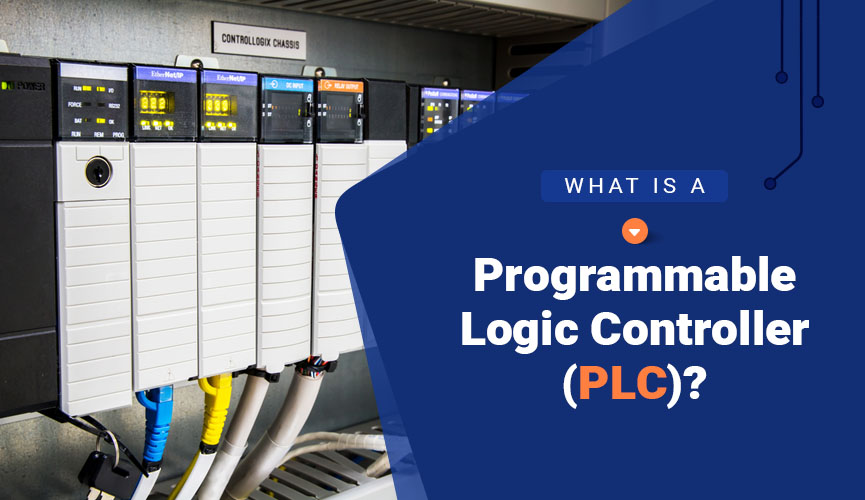 In today’s society, we rely on automated machinery to perform many of our most critical industrial processes, from generating electricity to weaving fabric. Automation technology has allowed us to scale new heights of production and innovation. But our current level of automation wouldn’t be possible without a critical invention called the programmable logic controller (PLC).

What is a programmable logic controller, and how do these controllers help us run the many processes that our modern world requires? What are the pros and cons of PLCs? If you’re asking these questions, this edition of our TechTalk blog is for you.

Our beginner’s guide to PLCs will introduce you to the basics of PLCs, talk about why these controllers are so important and provide a quick primer on how they work. We’ll also talk about some of Polycase’s best electrical enclosures for PLCs that will protect your most critical control systems.

What Is a Programmable Logic Controller?

A programmable logic controller is a type of tiny computer that can receive data through its inputs and send operating instructions through its outputs. Fundamentally, a PLC’s job is to control a system’s functions using the internal logic programmed into it. Businesses around the world use PLCs to automate their most important processes. 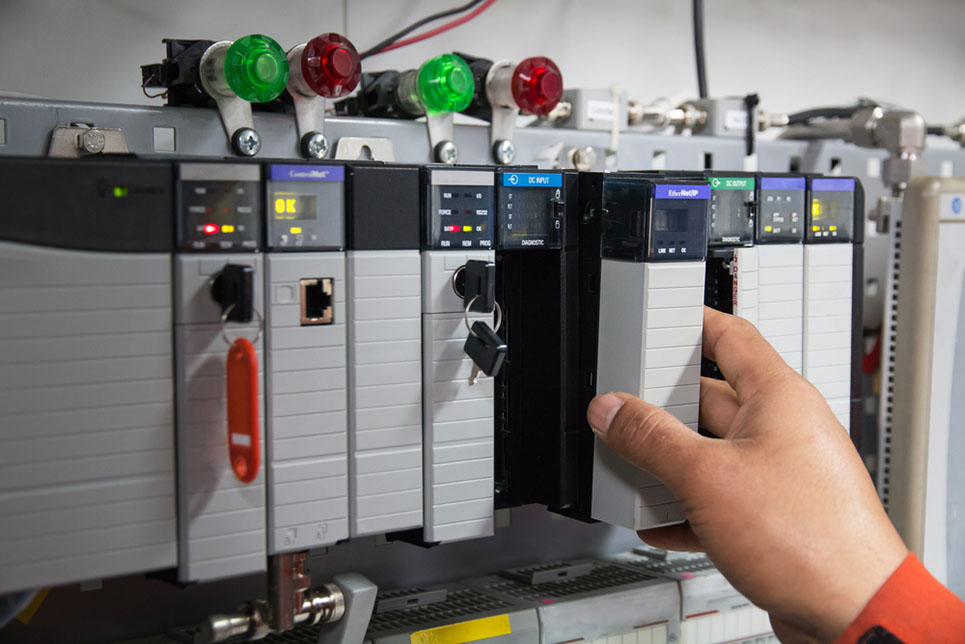 A PLC takes in inputs, whether from automated data capture points or from human input points such as switches or buttons. Based on its programming, the PLC then decides whether or not to change the output. A PLC’s outputs can control a huge variety of equipment, including motors, solenoid valves, lights, switchgear, safety shut-offs and many others.

The physical location of PLCs can vary widely from one system to another. Usually, however, PLCs are located in the general vicinity of the systems they operate, and they’re typically protected by a surface mount electrical box. Skip to the end if you’re interested in seeing the electrical junction boxes that help protect PLCs.

PLCs largely replaced the manual relay-based control systems that were common in older industrial facilities. Relay systems are complex and prone to failure and, in the 1960s, the inventor Richard Morley introduced the first PLCs as an alternative. Manufacturers quickly realized the potential of PLCs and began integrating them into their work processes.

Today, PLCs are still a fundamental element of many industrial control systems. In fact, they’re still the most used industrial control technology worldwide. The ability to work with PLCs is a required skill for many different professions, from the engineers designing the system to the electrical technicians maintaining it.

PLCs have been a standard element of industrial machinery design for many decades. What advantages do PLCs offer that make them such a popular choice? 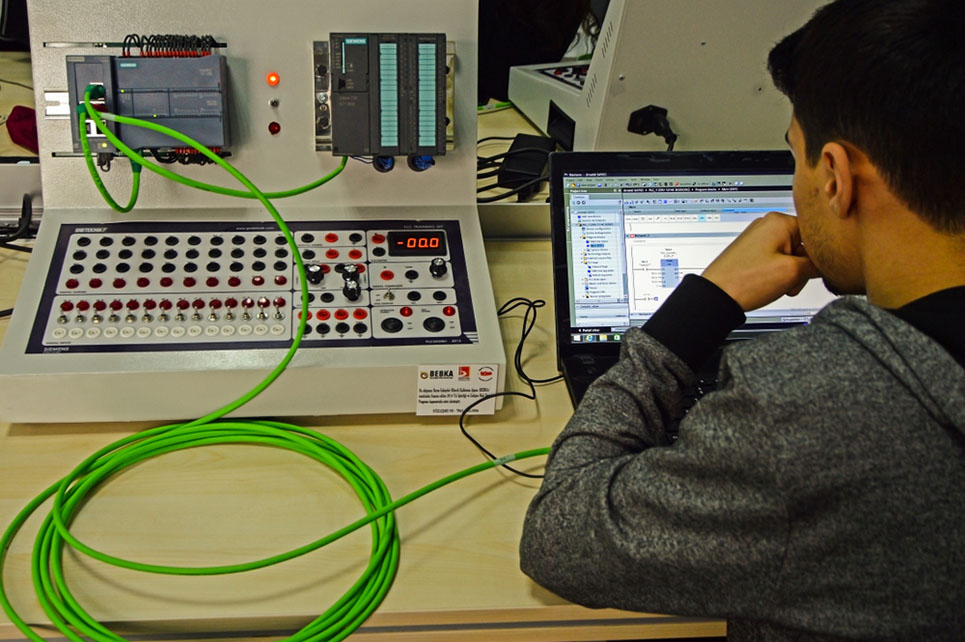 No technology is perfect for every scenario, and there are some applications for which PLCs aren’t the best choice. Let’s look at some of the most significant potential drawbacks of using PLCs.

How a Programmable Logic Controller Works

Now let’s take a look at what’s going on inside a programmable logic controller. Remember that a PLC is an input-output system, which means that each unit both accepts inputs and controls outputs. Between inputs and outputs is the third element of the system: logic programming, which happens in the CPU and controls the relationship between the inputs and outputs. 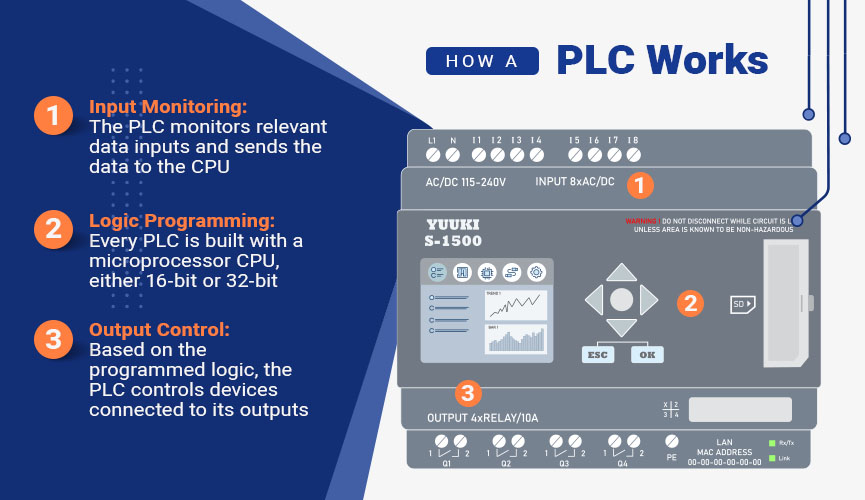 Here’s how each element works:

Compact PLC units generally include the CPU, inputs, and outputs in the same unit. In the rack-mount modular PLC systems that many industrial facilities use, the PLC’s inputs and outputs are located together in the I/O module, while the logic operations happen in a separate CPU module. I/O modules may be located close to the CPU, but they can also be quite distant — sometimes even in different buildings.

Many factors will influence your choice when it comes to specifying a PLC model for your application. Some key considerations include: 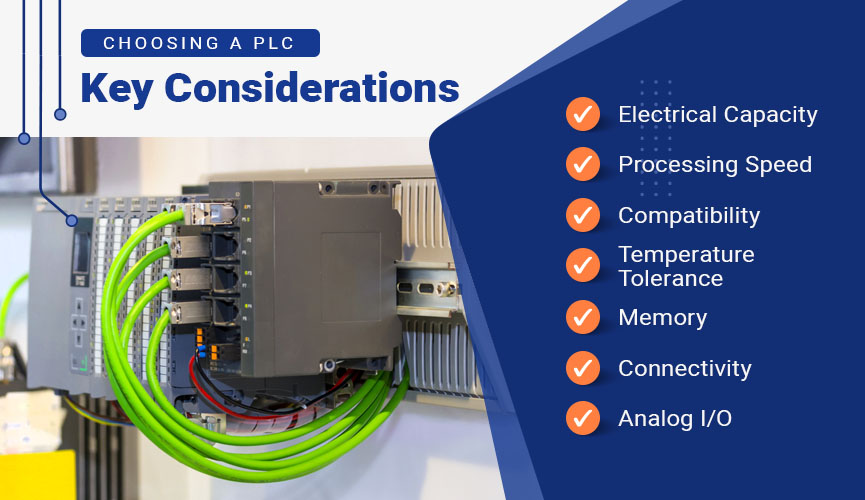 Ladder logic has traditionally been the most commonly used programming language for PLCs. It’s one of the most intuitive languages available because it uses a graphic interface that’s designed to resemble electrical diagrams, even using many of the same symbols for contacts and relays. Ladder logic uses a series of “rungs” to represent a controller’s I/O channels, each of which can be programmed with conditions and rules.

As we mentioned earlier, it’s common for PLCs to use proprietary software. However, although it might feel unfamiliar to navigate a new PLC programming application, remember that each still operates under the basic principles of IEC 61131-3.

Enclosures for Protecting Your PLCs

We’ve talked about how tough PLCs are, but that doesn’t mean they don’t need protection. On the contrary, a busy industrial workplace poses many hazards to critical equipment like PLCs. Managers need to ensure that their facilities are using the appropriate electrical enclosures to protect control systems. 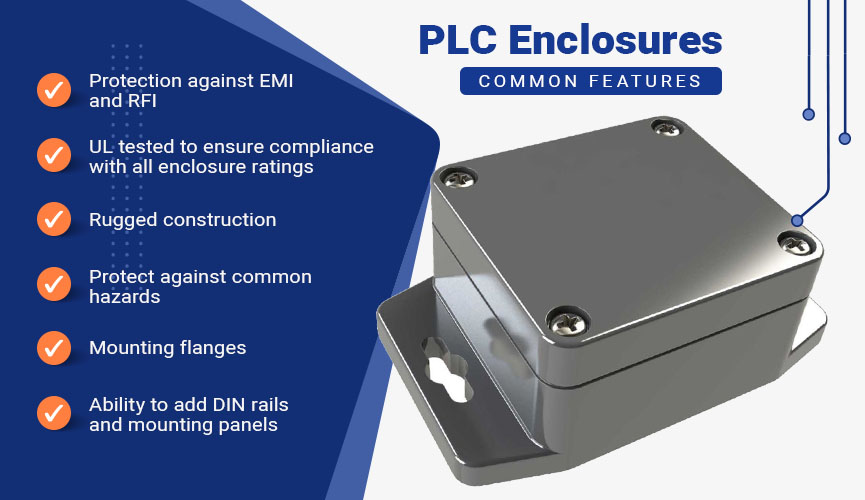 Common features that designers look for when specifying an enclosure for a PLC include:

Polycase is proud to be a trusted partner and source for PLC enclosures to many manufacturers. We offer our customers a full range of electrical enclosures that are ideal for housing PLCs.

These are some of the models that our customers most commonly use for PLC enclosures: 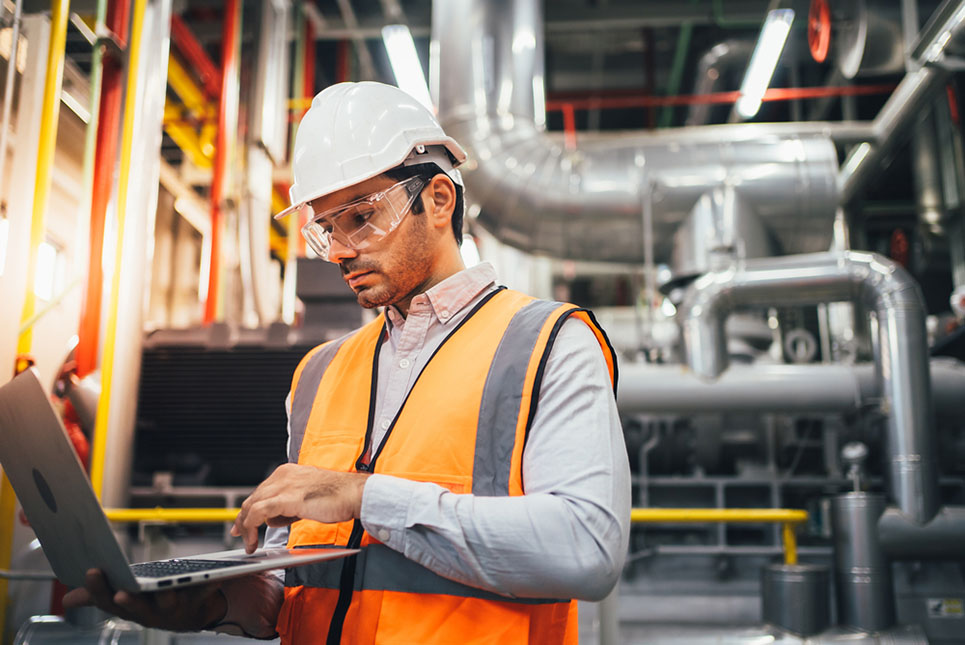 Whether you need an enclosure for your PLC rack or something else entirely, Polycase is here to help. Our experts will be happy to assist you with choosing the best enclosure for your needs, customizing an enclosure, placing a special order or anything else you need. Get started by calling us at 1-800-248-1233 or contact us online today.