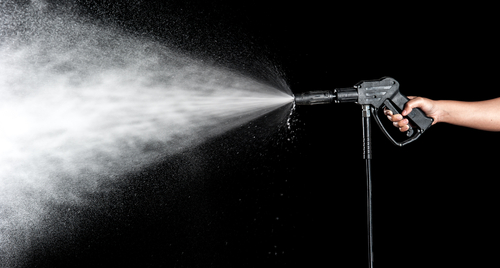 For many industrial facilities, high-pressure washes with pressurized water are part of getting the job done right. Pressure washing is an efficient and powerful cleaning method, but it can also be hard on equipment. Sensitive electronic and electrical equipment, in particular, needs to be protected from accidentally being damaged during pressurized washdowns.

What is an IP66 Enclosure?

The IP ratings system is an internationally used method for evaluating the protective qualities of an enclosure. Each of the rating’s two digits (such as IP66 or IP58) indicate a level of protection against ingress from solids (the first digit) and from liquids (the second digit.) An IP66-rated enclosure is certified for a high level of protection, including:

IP66 is one of the most popular ratings for electronics enclosures because an enclosure with this rating protects against every kind of solid and liquid ingress short of submersion. However, there’s also a similar standard called IP66K that’s sometimes mentioned alongside IP66.

IP66K ratings and IP69K ratings, created as part of the German DIN 40050 standard, have one key difference. An IP66 protects against pressurized jets of water, but an IP66K improves the level of protection against the high-pressure jets common in some industries.

The intrusion test for an IP66 or IP66K rating involves an enclosure being rotated and sprayed with high-pressure water jets from every angle. If the enclosure successfully keeps out the water and keeps its contents protected, it earns the IP rating. The difference is one of pressure: IP66 testing is performed at a pressure of 100 kPa at a distance of 3 meters, while IP66K testing is performed at1000kPa at a distance of 3 meters.

IP69K is another common rating for protection against pressurized water. An IP69K rating is the highest IP rating that an electronics enclosure can receive, indicating that the enclosure protects against very high-pressure jets of water, up to the range of 8,000-1,000 kPa. IP69K enclosures also protect against complete submersion and steam cleaning.

Is There a NEMA Equivalent to IP66K?

NEMA ratings are another widely used type of enclosure rating scale which covers a slightly wider range of environmental conditions than IP ratings. Unlike IP ratings, which are used worldwide, NEMA ratings are used mainly in the USA.

You can look at resources like a NEMA to IP conversion chart to get a rough idea of which NEMA ratings correspond to which IP ratings. Generally, a NEMA 4, 4X, 6 or 6P rating will be able to provide similar protection to an IP66K-rated enclosure, since they’re rated to protect against hose-directed water. 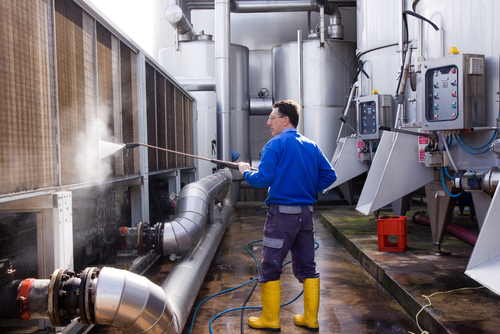 Livestock and food processing facilities, for example, often need IP66K-rated enclosures because of their strict sanitation protocols. Certain parts of these facilities may be washed down multiple times daily, so their electronic equipment must have durable protection. Other facilities that might use these enclosures include oil and gas processing plants, pharmaceutical manufacturing facilities and car washes.

Currently, Polycase offers one IP66K-rated model, the HD-45FMMT polycarbonate electronics enclosure. This model comes from our popular HD Series and includes high-performance features such as:

We also offer numerous models with IP66 ratings and above. Check out our full selection of electronics enclosures to see the wide variety of styles and models available. 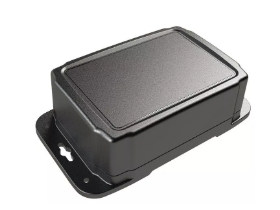 If you’re interested in IP66K-rated enclosures to protect your electrical equipment from pressurized hose water, Polycase can help you find a solution. Call our enclosure experts at 1-800-248-1233 for more information on IP ratings and for all your waterproof enclosure questions.